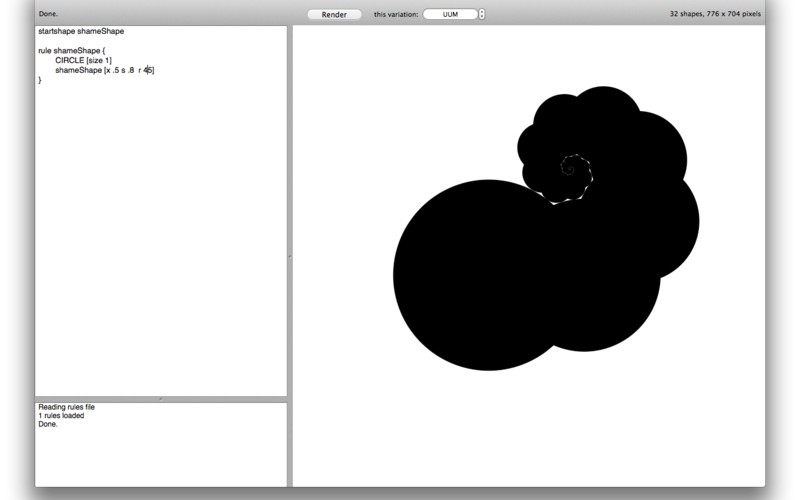 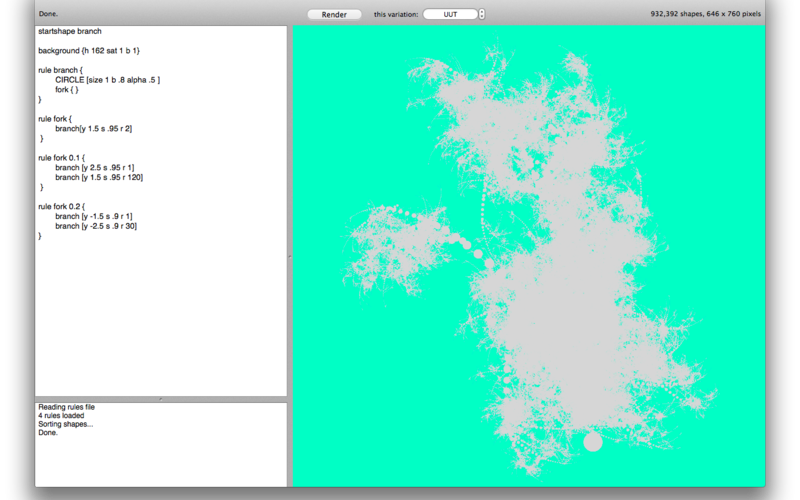 Then I played around a bit with NodeBox 1, which is written in Python, so has a lot more functionality. I worked to get it drawing lines from a central radial point, something I had wanted to do on an older project but never got around to figuring out. I’d like to get it going with book data, but there are SO MANY things to be working on.

In fact, one of our assignments is to choose a tool to investigate and report back on. Some folks may work with NodeBox 3, which is more visual programming–oriented and others are into sound tools, which I have completely elided from this post. I’m thinking about two.js, though I may also end up doing more with NodeBox or even p5.js. I am attracted to the JS libraries since I love JS and both are open source, which means there is a great change for continuing contribution to the community.

Speaking of community, I also have volunteered to teach a Github workshop next week, which I am pretty psyched about. I love explaining things.

The evening was time to fully introduce ourselves to one another and the community. Each student had four minutes to show work we’ve done and talk about what we want to work on. I was beyond impressed—all the way up to intimidated—by how cool everyone is and how impressive their work. I totally have a list of things to pester people about.

Plus, then an SFPC alum (who was also at Hacker School with Wes) expressed an interest in helping make an IRL shelf to power Timeline, which I am beyond psyched about.

Finally and most importantly, I brought the beach bot to another audience.

The word of the week is definitely exhaustion. There are so many neat people and so much to learn, but 10-5 talks and group work is definitely hard on my introverted brain. I’ve actually just caught up on my emails from the week now on Sunday evening.

Fortunately, Friday we had some time for independent work, and I know we will have more later, and I am glad: it is what I really need, I think. Meantime I had to run away from people whose work I really respect saying nice things because my brain was just full. Oh well.

Looking Forward To Next Week