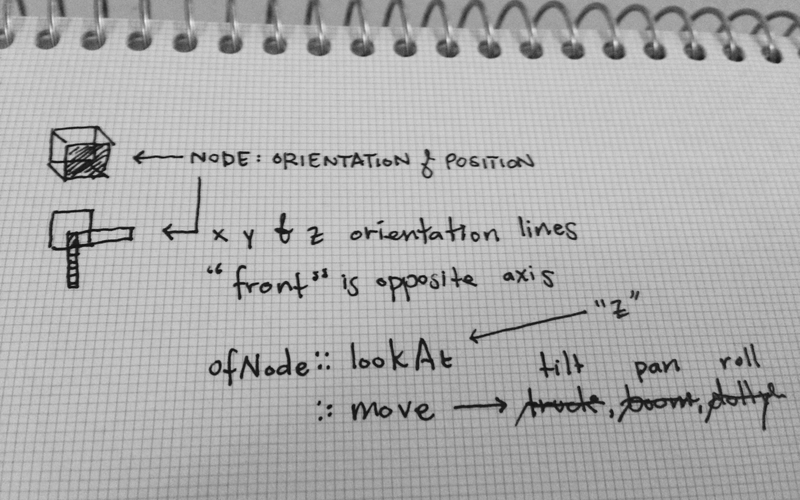 Yesterday we talked about using openFrameworks for 3D drawing and that meant we talked about: nodes! According to Zach, nodes are the most underused and underappreciated objects in oF.

Fitted with an orientation and a position, a node is a three dimensional box that can be moved and positioned. Nodes can have parent nodes and then movement will begin with this node as a reference. Node positions can be passed to a polyline object to draw a series of lines (like I do in my video) or can be used to position an object. Combined with the easycam object for draggable navigation, nodes can make a pretty, explorable generative piece. Check it out.